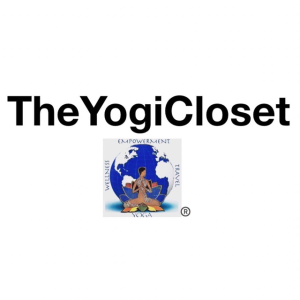 About the Yogi of The Yogi Closet: A deep-rooted love of yoga and natural healing blossomed into the growth of becoming certified in the holistic wellness practices of Ayurveda and herbology. RYT-200 Yoga Alliance studies were completed in 2018, shortly after The Yogi Closet®️was created to share love and healing vibes. Also a sociologist passionate about the unification and empowerment of people. Completed Sociology studies at The University of Houston with a concentration in Race and Ethnic Relations. An avid traveler explored 41 countries and 48 U.S. states providing a wealth of cultural knowledge and appreciation. Chris Ligon-Luster Owner The Yogi Closet

The Maasai Tribe are a symbol of strength and will power with resilience to preserve Kenyan tribal culture and heritages. We think it certainly is worth visiting a Maasai village to get a glimpse and insight of their way of living and culture; even if it is the tourist version.

As a sociologist I had a personal agenda to inquire how the Maasai tribe not assimilate like other tribes, and maintain power. What better opportunity to ask a Maasai directly.

For our visit we were warmly greeted and welcomed by the Medicine Elder, and some of the members of the community. The welcoming song harmony was lead by the Olaranyani – translates to song leader. The energy in the air is very lively, alert, and joyful. We couldn’t resist the invite to stand with and join in the moment. The singing, chants, and movements carrier a contagious frequency and vibration, its very empowering to experience.

After the welcoming song and Adumu performance, we were told what too expect of the tour by the Maasai medicine man. We would be able to:

The cost of the one hour Maasai Village tour was $10 u.s per person.

In Kenya there are about 42 tribes, we learned all Kenyans actually belong to a tribe. I personally think this is very dope about Kenyan culture. It’s cool to have a established tribe to belong too, and have as a since of community. Intermarriage and assimilation has diluted some of the individual tribal traditions and rituals being past down to next generations. Increased migration from the rural areas to the cities in search of income for the family, reduces the frequency of tribal traditions being carried out. Kenya was colonized by Britain in 1865, and gained its independence from Britain in 1963. Most of the tribes have assimilated into the dominant “westernized” way of life, and handle their daily affairs just as everyone else around the globe.

However there is one major tribe with about 1 million people that refused to fully assimilate; and they are the Maasai Tribe. Strongly rooted in traditions handed down from generation to generation for centuries. The Maasai continue to live as cattle and livestock herders; they are semi-nomadic people that travel with their livestock herds. The men are known as warriors due to their survival skills and ability to fight wildlife to protect their herds and each other. Their warrior history is best known for fighting lions using spears and knives. Now not much lion hunting happens due to animal conservation, but their traditional presence of bravery is still recognized and respected.

“The greatness of a community is most accurately measured by the compassionate actions of its members.”

Visiting the living area beyond the Kraal walls was interesting to see. The village is surrounded by brush and trees that are like natural barbed wire. This serves are protection against animals wandering into the small village. The woman are in charge of building the homes called Inkajijik.

The Maasai women tend to and educate the children, build the house, gather water, and cook. The choirs of a woman seem to not change no matter where you go in the world.

The women and children are outside handling daily chores and playing. The woman are primarily responsible for building and maintaining the homes, collecting water from the watering holes (which can be miles away), cooking, tending too and educating the children, and are expected to have lots of children. The marriages are arranged, and require an endowment of cows from the man to the father of the bride. It is not unusual for a young lady age 13 to be married to a significantly older man. The men are polygamist and have more than one wife if they can afford it. The women are also traditionally circumcised and their hair is cut off to show submission and no aggression.

The ache for home lives in all of us, the safe place where we can go as we are and not be questioned.

Our journey was guided to the Maasai village near Amboseli National Park by our driver. He suggested it would be better to visit the Maasai village before heading on to the Kibo Amboseli camp site. We were familiar with Maasai tribe via watching documentaries. As a sociologist, I had a personal agenda to inquire how the Maasai tribe not assimilate like other tribes, and maintain power.  I wasn’t sure if I could even get an answer regarding why this tribe did not fully assimilate.

I understand that could be kinda of like asking one black person in America to represent all black Americans asking questions about what’s it like to be black in America. You will likely only get that persons perspective, not a macro level answer. But when the moment arrives why not seize the opportunity to ask a Maasai anyway.

To answer my question of how and why the Masai have not fully assimilated. I was informed in general they find it more beneficial to continue to live as they traditionally have done; with nature. There is no need to get caught up and hassled with the ways of the western world, because it always changes. Some of the Maasai have partially assimilated and have jobs as guards, and security. But most remain livestock herders and trade with each other and some merchants in the city. Their land has been reduced by the National Parks to preserve the wildlife, which has an affect on the herding trails. But they fight to keep their traditions and culture going. They have adapted some of their traditions due to its illegal to perform female circumcision, and illegal to kill certain animals. But both are still done by some within the various tribes due to its their way of life and rite of passage.

Survival in the wilderness is a skillset the Masai men must master to transition into manhood. Knowing how to start a fire is one of the skills demonstrated while visiting. We watched the Maasai demonstrate their skills and start a fire with sticks and cow dung.

The Adamu jumping dance is one aspect of Maasai ritual culture, that is apart of the Eunoto ceremony. The Eunoto ceremony is a rite of passage ceremony for men transitioning phases of life to manhood. A Eunoto ceremony can last for more than 10 days, and includes singing, ritual cow slaughter, Adamu, and other traditions.

The power of nature is very prelevent in Maasai medicine. As shown and explained by the village medicine elder, natural remedies are made from plants and trees.

The Yogi Closet purchased a few herbal remedies from the Maasai medicine man, including the eye sight bark. We are using the rare ingredients to craft a limited edition soy candle collection.

We sincerely appreciated them opening their village to us and answering our questions. The welcome we received made wanting to shop their goods and support their local economy easy to do. We purchased a few items to add to our “artifacts for the culture” travel collection. Some of our keepsakes includ a giraffe hair bracelet, and a woven Kenya bracelet. The giraffe tail hair bracelet is a very unique piece. It was hand created on whim by one of the Maasai using falling giraffe tail hairs. The adjustable bracelet carries a dope energy with it, and is really cool to wear.  I adore giraffes, and this keepsake is pretty amazing.

The older women have items they have crafted themselves. It’s very clear to see the beautiful craftsmanship of their work, the women take great pride in their handcrafted beaded jewelry and art pieces.

Two particular items that stood out were a hand beaded cow tail fly-whisk and beaded collar necklace. There was no way I was leaving this village without buying these “artifacts for the culture”. The colors of the beads have symbolic meaning:

Our trip is a 2-week safari from Nairobi Kenya to the coast of Mombasa, Diani Beach. If you want to learn more tips about planning the safari, things to do, what to expect, etc…Subscribe and read more of our explorations and travels at www.theyogicloset.net

Yogi Life Lesson of Empowerment: Embrace the Mindset of Yoga Practice Not Perfect

If mindset is everything, then embracing not being perfect should definitely be apart of the mindset foundation. Sometimes we want what we

Feel free to listen, feel free to stare.  -Ani DiFranco The practice of drishti is a gazing technique that develops concentration—and teaches

Best Ayurveda Wellness Tips for How To Calm Your Pitta Dosha

The Pitta dosha is governed in the gut with our internal fire burning ruling over our metabolism, digestion, and hormonal balance. The